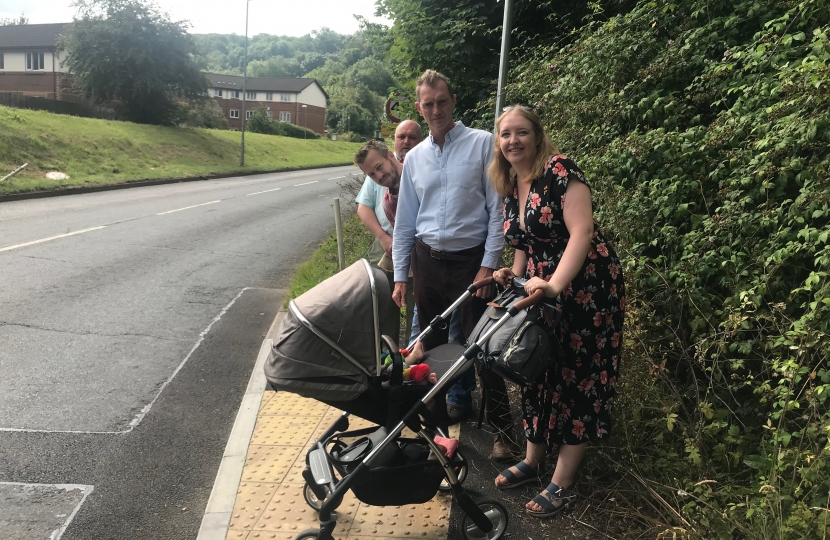 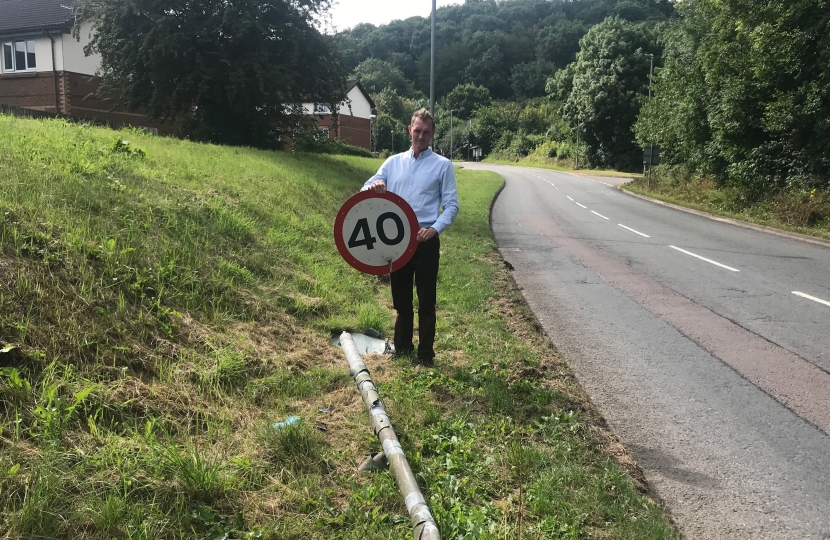 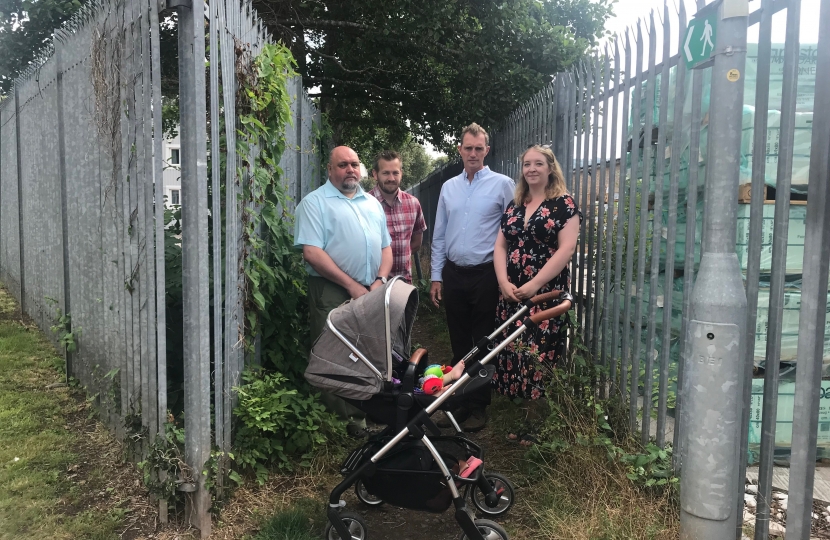 Residents of a new housing estate on the outskirts of Monmouth fear they are risking their lives by having to cross a busy road to walk into town.

Concerns are being raised about the suitability and safety of the main access path which links the King’s Wood Gate development with local schools and the town centre.

The path crosses the Link Road at the Wonastow Road junction, described by pedestrians as “extremely dangerous” due to its width, blind bends and speeding traffic.

They claim it is impossible to see oncoming vehicles without stepping out into the road, despite minor improvement works recently undertaken by Monmouthshire County Council.

Plans are now being drawn up to develop an alternative route - through a field, the Wonastow Road Industrial Estate and the back of King’s Fee - into a public footpath.

This would connect King’s Wood Gate with the zebra crossing on Wonastow Road at the end of Williams Field Lane using Section 106 funds from the developer, David Wilson Homes.

But residents feel the proposed footpath is unsuitable and will take a “considerable amount of time” to make accessible for wheelchair users, bikes, mobility scooters and pushchairs.

“It seems residents have two options: cross a dangerous road or use a restricted and unlit gravel/mud path which runs between industrial units, is overgrown, graffitied and littered with broken glass and dog mess,” said Mr Davies.

“Neither are fit for purpose and I can understand why people would think twice about walking down a narrow, hemmed in path on a deserted industrial estate at night.”

He said: “If this one particular area of the footpath is not satisfactorily addressed, then the allocated funding would be better used on improving the crossing point at Wonastow Road/Link Road.

“I do feel that if no action is taken to deal with the current state of the junction it will only be a matter of time before a serious injury or fatality occurs, having experienced a few near misses as a pedestrian myself.”

“One of the 40mph signs is in pieces on the grass verge so, presumably, someone was driving in an irresponsible fashion and hit it at a speed far greater than 40mph,” said Mr Davies.

The junction itself was created wide to accommodate lorries accessing the industrial estates. An increasing number of HGVs are also parking along Wonastow Road during peak business hours, near to the Link Road junction, which residents say is making it even more difficult to cross an already-busy road.

Mrs Shalliday, who has a seven month-old daughter, said she was “at the mercy” of people stopping to let her cross – especially with a pushchair.

“The junction is very wide and blind to both pedestrians and traffic at certain points, yet drivers approach so fast because they do not assume anyone is crossing,” she said.

“It is incredibly dangerous and I won’t cross on my own because I don’t feel safe.

“Given that the alternative footpath is unsuitable, people like myself will continue to use the route into town via Wonastow Road for the foreseeable future, hence an even greater urgency to address the safety concerns here.”

Cty Cllr Treharne said he had asked highways officials to carry out a feasibility study to see if the 30mph speed signs can be moved back to before the junction leading into Carbonne Close.

“The hedgerows need to be reduced and perhaps some sort of mirror system could be installed so pedestrians crossing from east to west can see what’s coming,” he said.

“Traffic controls at key points along Wonastow Road, such as speed bumps, would also be worth exploring.

“With regard to the proposed footpath, I hear residents’ concerns about it being narrow and dark, but it will be lit and resurfaced to my understanding.”

Mr Davies added he would be writing to highways to request a safety review of the junction and to look at whether further improvements, such as traffic calming measures or a zebra crossing, are needed.

“I will also chase for timescales for producing the plans and design of the pedestrian access between King’s Wood Gate and Williams Field Lane, and will be pushing for residents to be consulted on this,” he said.

Pic cap 2: David Davies MP with the broken 40mph sign on the grass verge by the Link Road and Wonastow Road junction.