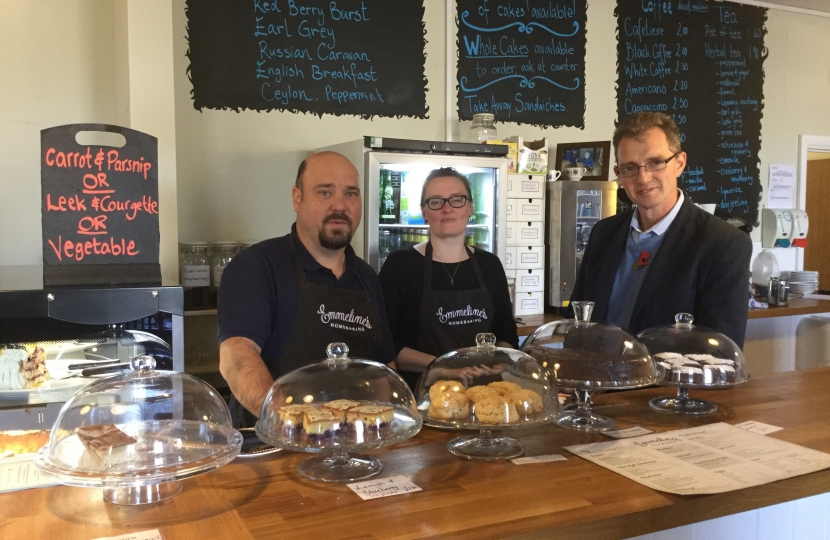 Business owners in Abergavenny have called on the Assembly Government to match the business rate cuts being offered in England.

In the Budget earlier this week the Chancellor announced that businesses in England with a rateable value of less than £50,000 would receive an automatic discount of one third off their rates, now local businesses in Abergavenny have called on the Welsh Assembly to match this.

“High streets have been hit hard over the last few years by a range of factors. We are seeing far too many closing down. If the Welsh Assembly care about the high street, now is the time to match the support being given in England. All of the businesses I have spoken to on the high street here feel the same way.”

Mr Davies said:
“High rates and the rise in internet shopping have created a perfect storm for high street businesses. Far too many are closing down especially the smaller family type shops and cafes which make high streets like Abergavenny such a joy to walk through.

The government have quite rightly announced huge discounts for businesses in England and handed over the proportionate amount of money to the Welsh Government for them to do the same.

The Finance Minister for Wales Mark Drakeford should use the extra money he is getting to ensure that small businesses in Wales are not at a disadvantage to England. He has the power and he has the money now we need decisive action.