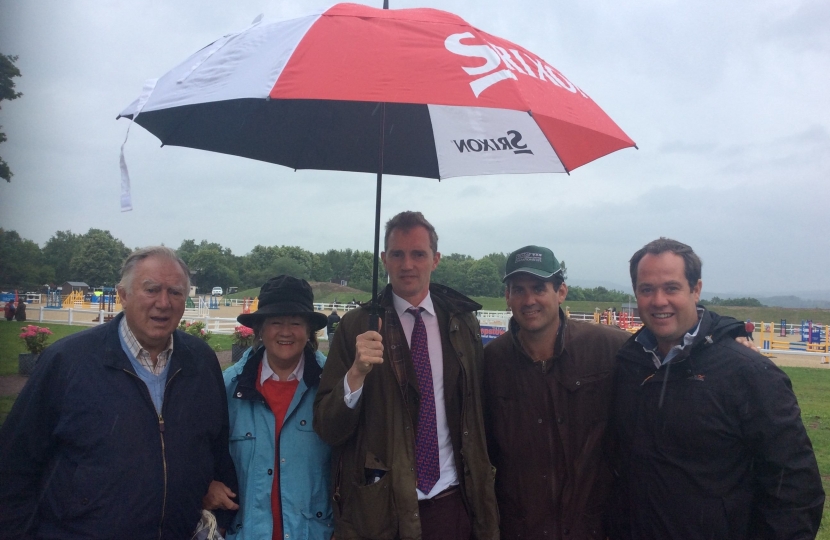 David Davies MP attended the David Broome Event Centre in Crick alongside owner, James Broome, and Head of Corporate Relations Wales and West for Barclays, Jonathan Brenchley, to celebrate a £210,000 funding package from the bank.

The equestrian events centre was first established in the 1960s at the family home of David Broome CBE, a former world champion and Olympic medallist show jumper, and is one of the most well-known Premier Show centres in the UK.

The centre will use the investment to build two new all-weather show rings, which are expected to draw even bigger crowds and increase turnover by 20 per cent.

Mr Davies praised the financial decision and said: “The David Broome Event Centre is a huge asset to the local community and the funding from Barclays will go a long way to supporting tourism in the area.

“It is fantastic to see Barclays supporting local businesses in this way.”

The investment has been given as part of an initiative to support local businesses throughout the UK. Barclays has been hosting over 100 business support clinics across the nation to provide information about core issues such as using data and technology, working capital, managing cash-flow and protecting businesses against fraud.