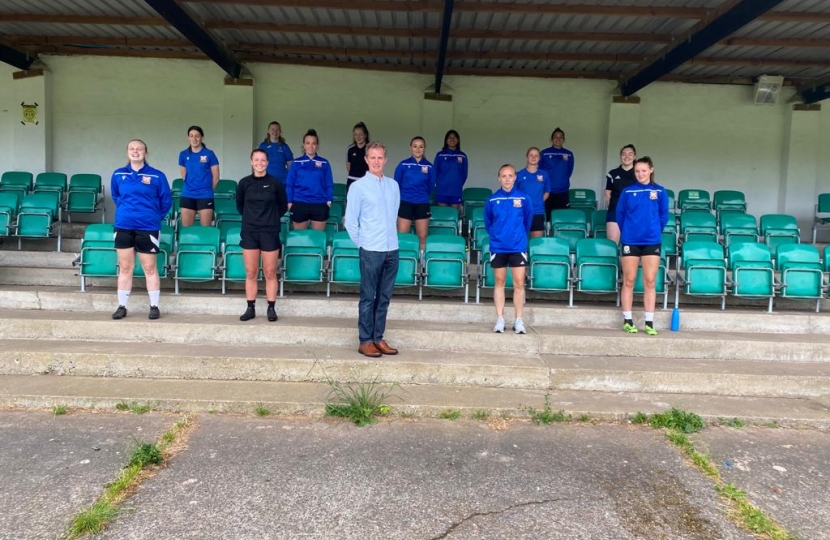 The Football Association of Wales (FAW) has come under heavy criticism after rocking the women’s domestic game with a major restructure. Reaction has been overwhelmingly negative – not least from one local club which has been kicked out of the Welsh top flight. Abergavenny Women FC has been in the Welsh Premier Women’s League (WPWL) for nearly a decade and finished fourth in the table this season. But following an open application process that saw clubs bid for places in the new-look system, Abergavenny has been demoted from the WPWL and will play in the league below (Tier 2) for 2021/22. Removing a team for purely bureaucratic reasons instead of performance flies in the face of a level playing field for sport. There are now no teams from Gwent in the women’s top flight and I fear some players may walk away from the game. It sends out a very negative image to young female players who want to take up football.

During a meeting organised by South Wales East MS Laura Anne Jones on Wednesday afternoon (2 June) and attended by both myself and Tom Gifford MS, Shadow Minister for Culture, Tourism and Sport, senior FAW officials were quizzed for over an hour and asked to justify their decision. We were told the league restructure is designed to strengthen the domestic game in Wales and improve player pathways, in the hope fewer drop out. We were also promised the FAW’s National League Board (NLB) would look again at Abergavenny’s relegation.

Imagine our dismay when less than 24 hours later, the club was told the NLB had rejected its concerns regarding the application process and accepted the FAW’s restructure. It smacks of a fait accompli and I am bitterly disappointed the FAW merely paid us lip service knowing a final decision had already been made. Abergavenny Women FC has met all appropriate league standards (stadium, pitch, facilities etc.) and the only deciding factor here should be healthy competition. Yet the club has been unfairly excluded not because of playing abilities, but because it didn’t tick enough boxes in a PowerPoint presentation. The whole situation is a complete farce.

I visited the Pen-y-Pound Stadium last week to speak with the ladies before training. I assured them they have the full support of the town and the wider community. We need to get behind this fantastic club next season, watch the team do its talking on the pitch and cheer the players on to victory so they win back their rightful place in the premier league.