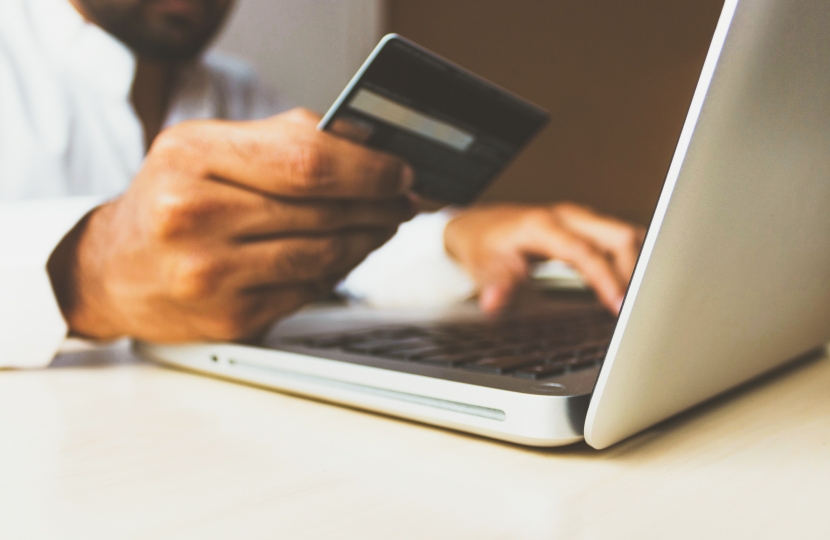 Consumers who can’t get a mobile signal at home – or don’t own a mobile phone - face being frozen out of internet shopping and online banking under new anti-fraud rules, an MP has warned.

Monmouth MP David Davies said that could be a “huge problem” for residents without a mobile phone or who live in rural “not-spots” with no proper signal.

He suggested many people are likely to be inconvenienced and urged banks to look at other ways of checking a customer’s identity.

The new rules are part of an EU Payments Services Directive (PSD2), already adopted by the UK, which is due to come into force on 14 September 2019 aimed at enhancing consumer rights and reducing online fraud.

“I fear this is yet another example whereby people living in rural communities are being left behind,” said Mr Davies.

“Banks are working hard to make things easier, but they are not yet great at looking after vulnerable customers.

“Even though the use of online banking is rising, not everyone is comfortable or familiar with doing so. Recent high-profile IT failures also show systems are not infallible.”

A key element of PSD2 is the introduction of additional security authentications for online transactions over €30 (about £27), known as Strong Customer Authentication (SCA).

Customers verifying online purchases, or logging in to online banking, will no longer be able to do so just by inputting a password or pin. Instead, payment providers such as Verified by Visa and Mastercard SecureCode will be required to ask for at least two different methods of authentication.

In most cases, a one-time passcode is generated and sent as a text to a registered mobile phone.

Mr Davies said he had been contacted by several constituents who have already fallen foul of this because they live in an area where mobile signal coverage is poor.

“SCA seems to be overly reliant on consumer access to the internet and smartphone technology including banking apps,” he said.

“The general assumption is that everybody has a smart phone or tablet, everyone has a decent mobile phone signal, and everybody has good broadband access.

“This is certainly not true in several areas of Monmouthshire, further disadvantaging older people and worsening the issues of rural isolation.”

In a letter to Mr Davies, the Financial Conduct Authority (FCA) indicated it was aware there may be problems ahead and said it is pressing firms to identify “adequate solutions” for all categories of consumers.

“Vulnerable consumers are a priority for the FCA and we have already set out our expectation that firms consider the impact of Strong Customer Authentication,” said chief executive Andrew Bailey.

“As part of this, we have been clear that firms may need to provide different methods of authentication. This includes considering that not all consumers will possess a mobile phone or smart phone.

“We therefore expect firms to provide a viable means of authenticating these customers where they live in areas without mobile phone reception.”