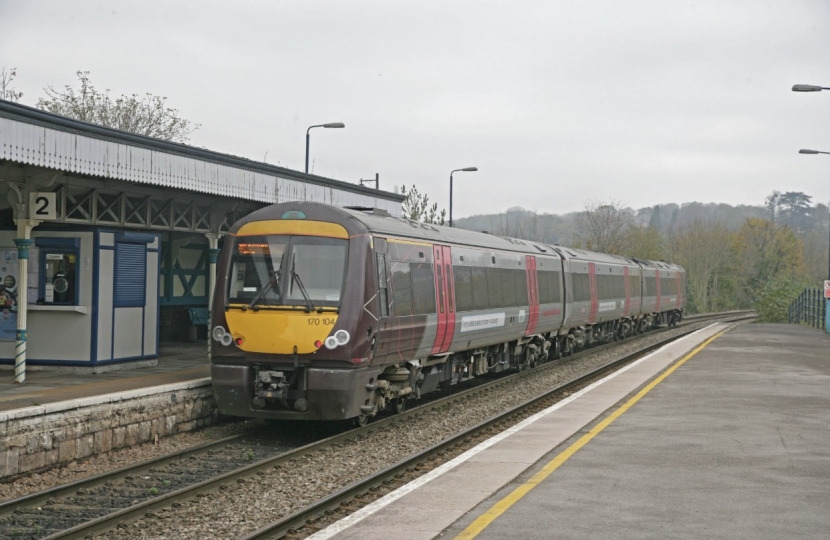 Following discussions with local politicians about helping children travelling to schools in Gloucester, long distance train operator CrossCountry has announced it will reintroduce stops in its morning train through Chepstow and Lydney from 2 November.

Since children resumed regular schooling in September, parents and stakeholders have highlighted how temporary changes to CrossCountry timetables because of the coronavirus pandemic had increased the time needed travelling to schools in Gloucestershire.

Children were now needing to leave earlier to reach school on time and returning later in the afternoon.

CrossCountry today spoke with local MPs David Davies and Mark Harper to discuss ways to help the children. Following the meeting, CrossCountry has committed to resume the morning departures from Chepstow at 0715 and Lydney at 0724 to Gloucester after the half-term break.

Speaking after the meeting, CrossCountry’s managing director Tom Joyner, said: “I am delighted we’ve been able to put the stops back and help these children get to school.

"We listened carefully to feedback after we made these changes, and I am thankful to David and Mark for their time today on behalf of their constituents.

"Fortunately, we have been able to resolve this situation while still achieving most of the important benefits the changes delivered.

“There is still work to be done to solve the afternoon return for the children, and my team will continue working with local stakeholders and industry colleagues to seek an early solution.”

Commenting on the announcement, David Davies MP and Mark Harper MP said: “We are grateful to CrossCountry for listening to our request and resuming the morning train from Chepstow and Lydney to Gloucester.

"The extended school day was just another pressure on the children at this difficult time and we are pleased to see this positive change.

"We will now work with CrossCountry to see how we can support their options to resolve the evening service so the children can get home earlier.”