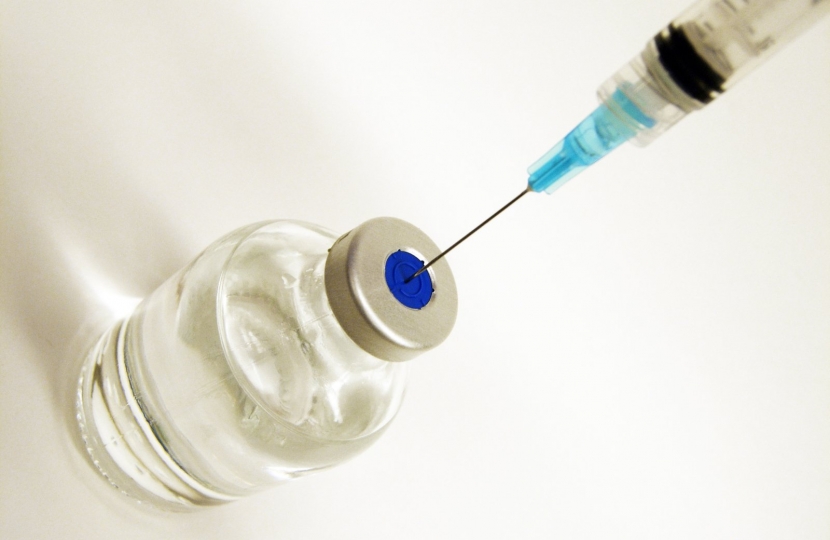 Care home residents in England who are registered with GP surgeries on the Welsh side of the border are being denied access to the coronavirus vaccine by Public Health Wales, it is claimed.

Monmouth MP David Davies said the manager of Castleford House Nursing Home in Tutshill, on the Gloucestershire banks of the River Wye opposite Chepstow, had been told vaccines would not be released to residents.

There are reports of similar issues on the border with Herefordshire.

People who live in care homes are among those top of the priority list for vaccination by mid-February.

Describing the situation as “outrageous”, Mr Davies said it “beggars belief” that elderly and vulnerable people were not allowed to have their jabs because of a “postcode lottery”.

“The manager informs me Castleford House Nursing Home is unable to access the Covid vaccine for residents because the local GP practices, which are based in Chepstow, have been refused the vaccine by Public Health Wales on the grounds the home is in England,” he said.

“I’m told the home is ready and raring to go with vaccination, but red tape is preventing this from happening.

“These residents, some of whom have dementia, are high-risk and I have been contacted by anxious family members who are very upset their loved ones are not being protected.

“Understandably, there is a great deal of anger that those who fall into the most vulnerable category are being let down so appalling simply because of a postcode.”

Mr Davies said he had written to Welsh Health Minister Vaughan Gething asking him to rectify this “plainly ludicrous” anomaly as a matter of urgency.

I have been told by Public Health Wales that the Welsh Government is leading on the deployment of the Covid-19 vaccine in Wales and has this afternoon provided information on cross-border arrangements. As a result, residents in Castleford House Nursing Home are being vaccinated right now.