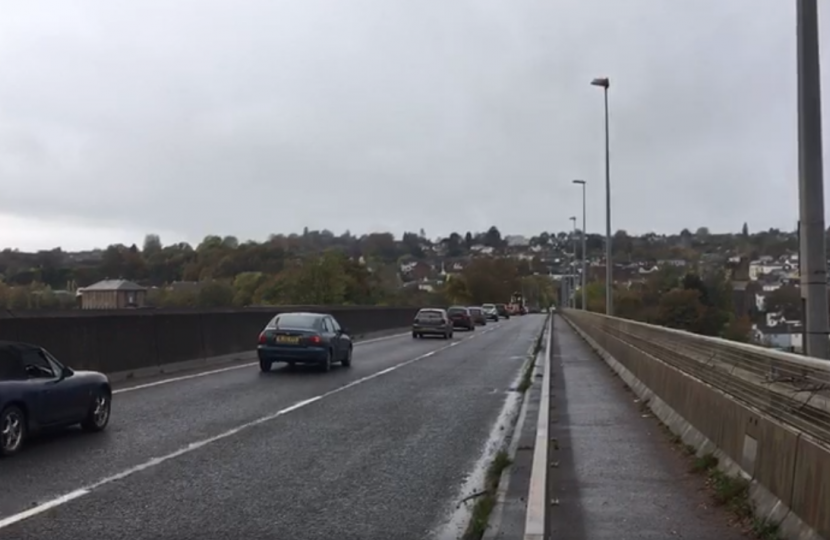 Monmouth MP David Davies has reiterated his support for a bypass around Chepstow after backing that option in stage two of a feasibility study.

Known as the Chepstow Transport Study, it looked at what needs to be done to improve cross-border transport links and meet the future growth of traffic in Chepstow, including the potential of a bypass.

Stage one identified 20 different options with the recommendation that some of these progress to stage two alongside five long-term proposals and some “quick wins”, such as better public transport integration, upgrading walking and cycling routes and reducing the need to travel.

The long-term options included improvements to rail links, a new junction on the M48, plus the creation of a Chepstow bypass through Sedbury and Beachley which will provide a direct link between the A48 to the east of Chepstow and the M48 with a new bridge crossing over the River Wye.

Consultancy firm Arup has now been commissioned by Monmouthshire County Council and its strategic partners to undertake a WelTAG2 transport study for the Chepstow area, which will examine in greater detail a shortlist of options.

Mr Davies said a bypass to divert traffic travelling between the Forest of Dean and M48 Severn Bridge junction away from the A48 at Hardwick Hill is the “only logical long-term solution”.

“The idea of a Chepstow bypass has been an aspiration since the 1960s. I strongly support this and remain committed to working with all branches of government on both sides of the border to facilitate a priority scheme,” he said.

“Traffic bottlenecks on the A48 at Hardwick Hill and A466 have suffocated the town, while air pollution levels exceed limits set by the World Health Organization (WHO).

“With the end of tolls on the two Severn bridges and several hundred new homes planned either side of the River Wye, further development will cripple Chepstow unless these road infrastructure challenges are tackled.”

The WelTAG2 study is currently engaging with stakeholders. A public consultation exercise is due to be held later this year to help inform recommendations at the end of the study in spring 2021.