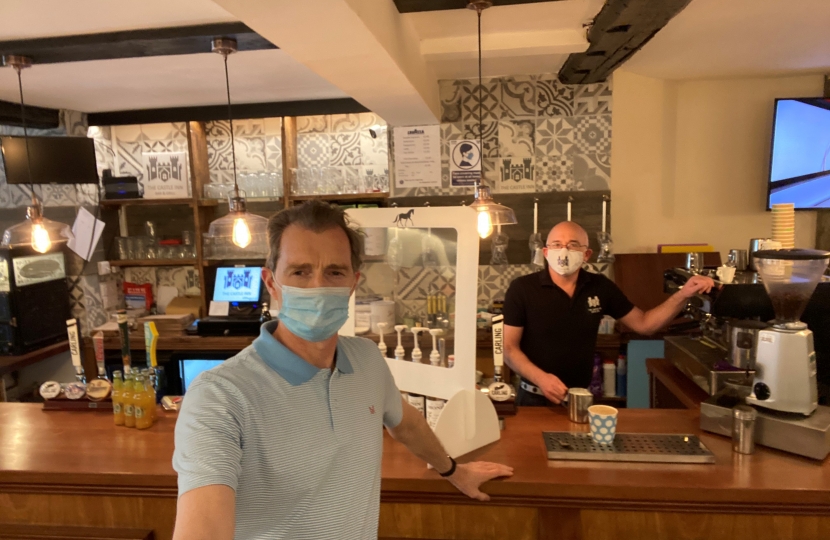 Disparity between cut-off dates in England and Wales for coronavirus grant funding has seen some Welsh hospitality businesses miss out, an MP has said.

David Davies is urging the Welsh Government to adopt a more flexible system after “very strict” rules left a Monmouth pub without any financial support.

The Castle Inn on Monnow Street started undergoing refurbishment in February 2020, a few weeks before the first UK-wide lockdown was announced.

Unable to get supplies from the builders’ merchants, owner Carl Willett decided to open in the autumn instead. However, Wales then introduced a 17-day firebreak lockdown.

Setting a new opening date of 5 December, Mr Willett purchased stock worth £900 but was hampered by new restrictions on the sale of alcohol. The Castle Inn finally opened for takeaway coffee on 18 December.

But to qualify, the eligibility criteria states businesses should be actively trading before 4 December – whereas businesses in England needed to be trading at least one day prior to the introduction of lockdown restrictions to claim a support payment.

Monmouth MP Mr Davies said: “Businesses in the hospitality sector have been devastated by the Covid-19 pandemic and government grant funding has been a lifesaver for many.

“However, there needs to be some flexibility within the system. Mr Willett and his partner have poured thousands of pounds into renovating the Castle Inn. Through no fault of their own, they were prevented from opening. Yet because of the very strict criteria being applied by the Welsh Government, they have had no financial support.

“If their business had been based in England, they would have qualified. It seems quite unfair, discriminatory even, for the Welsh Government to not offer the same terms to Welsh businesses as the UK Government offers to English businesses.”

Mr Willet added: “I am obviously disappointed the Welsh Government is not following the same criteria as the UK Government. Frustration is an understatement!

“This issue of the distinct differences between the two sets of government criteria needs to be raised as businesses that rely on these grants are slipping through the net as a result.”

Welsh Economy Minister Ken Skates has been asked to look at the matter, Mr Davies said.