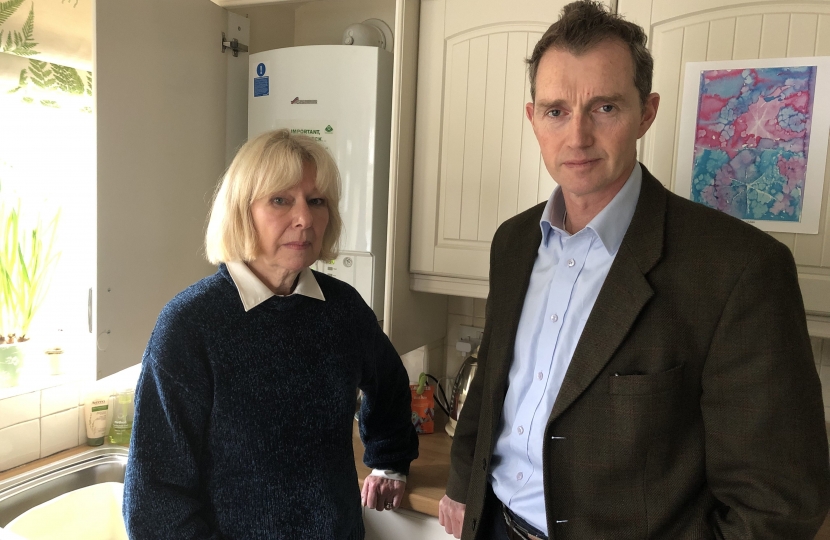 The UK’s largest energy provider may be putting homeowners at risk by failing to clean the inside of boilers, an MP has claimed.

But the energy giant has admitted it will only clean the inside of boilers if emissions safety tests and external visual checks highlight any problems – despite consumer rights group Which? recommending that a “good” service should always include removal of the boiler case and stripping and cleaning of internal parts.

Monmouth MP David Davies is calling on British Gas to be “far more transparent” about what customers actually get for their money if they take out an annual servicing contract.

It comes after he was contacted by an elderly resident who had been paying over £400 each year to British Gas for a HomeCare plan only to discover when her boiler kept breaking down that it had not been opened up and cleaned internally for several years.

“An engineer came in October to carry out the annual boiler service but a month later it started to display a fault and I was temporarily left without hot water and heating,” explained Mrs Champion.

“The same engineer returned and laid the blame on an external drain which had been cleared of a few leaves by a neighbour earlier that morning.

“Shortly after he left, having got the boiler working again, it made awful noises and completely broke down.

“British Gas then sent a different engineer who commented that he could smell gas upon entering the kitchen. He removed the cover of the boiler and it was filthy inside. We could both see that it had not been cleaned for some considerable time. He replaced four elements and cleaned three blocked areas.

“I was appalled and become even angrier when I contacted the British Gas area service manager to complain. I thought I had been paying for a full and proper service but he told me that it was not British Gas policy to remove the cover of boilers and clean inside, which completely shocked me."

Mrs Champion said there was a wider public safety issue which needed investigating and urged British Gas to change its “misleading” advertising.

She is being supported by her local MP David Davies, who has referred the matter to Ofgem.

“Customers should look at the small print of any maintenance contract and be aware that they may not actually be paying for their boiler to be properly cleaned and serviced,” warned Mr Davies.

“British Gas need to be far more transparent about what you actually get for your money if you have an annual serving contract. Many people are naturally under the impression that for several hundred pounds a year a service means that some basic level of maintenance is being carried out.

“In fact it is little more than a quick glance to ensure that the boiler is not emitting anything.

“Charging hundreds of pounds for what is essentially little more than a cursory emissions check is outrageous. Worse, boilers are breaking down precisely because they are not being properly maintained.”

Mr Davies also accused British Gas of a breach of contract after the length of time between Mrs Champion’s last two ‘annual’ services was pushed back to 18 months apart.

“British Gas would undoubtedly require customers to adhere to the terms of a serving agreement so they should do the same,” he added.

In a letter to Mr Davies, a British Gas customer manager said: “The annual service that we complete on all boilers includes a safety test on all of the emissions, using a piece of equipment called a flue gas analyser.

“This test, combined with some external visual checks, allows our engineers to identify whether the boiler is operating safely and correctly, without completing a more intrusive check.

“Should the readings taken highlight any potential areas of concern, this will result in our engineers completing further investigation and repairs if necessary, which may include stripping and cleaning some of the boiler parts.”

British Gas said it would not update its advertisements “as the tests we do are considered a valid annual service”.

A spokesperson for Which? said: “We would absolutely expect that during a service the boiler case should be removed and any obvious dirt and debris inside would be cleaned.

“It’s also a shame that loyal customers end up paying well over the odds for this type of service if they don’t regularly charge their provider. Boiler servicing contracts often start at around £200 but can then double in cost very quickly.

“We would recommend avoiding these costly servicing contracts and paying for a service annually (c.£80). The money you save each year can then be used for pay for any repairs, which should be quite rare.