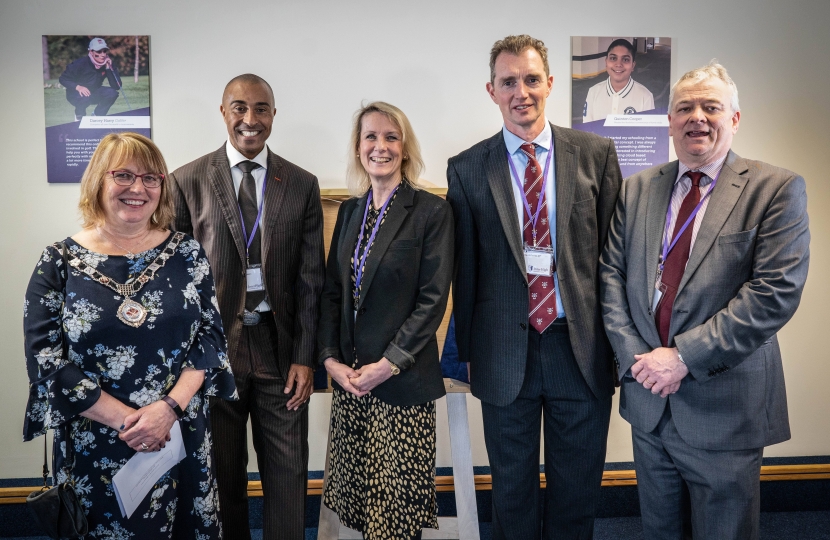 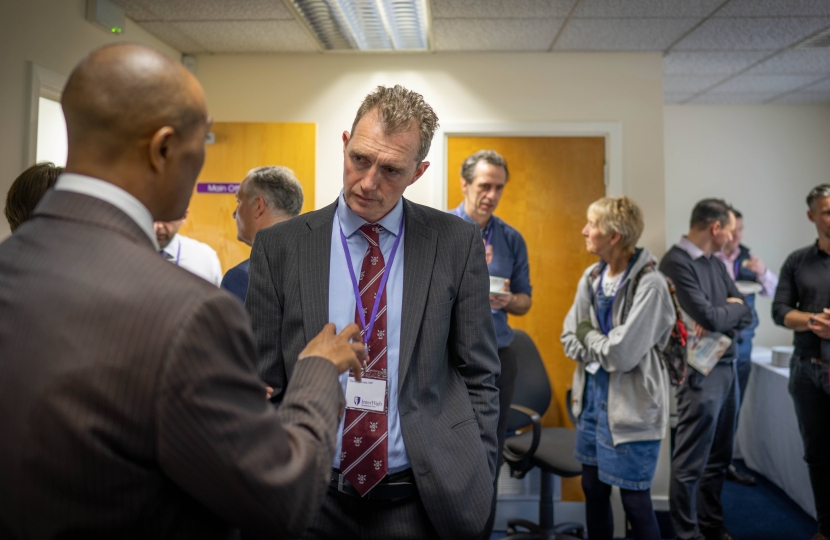 Mr Jackson, a former double world champion 110 metre hurdler and world record holder, was invited to open the centre as part of his role as the Crickhowell-based online school’s ambassador.

Monmouth MP David Davies was given a tour of the facility and spoke to Jacqueline Daniel, who co-founded InterHigh with her husband Paul in 2005.

The online school began life with just 23 pupils. It has grown considerably with over 1,400 students worldwide, from Year 5 through to AS and A-level.

Students from all walks of life study at InterHigh as well as sporting proteges, singers and actors including Britain’s youngest entrepreneur, a Russian pop star and Game of Thrones star Bella Ramsey - who features in the final season of the HBO hit series as Lady Lyanna Mormont.

InterHigh pupils from all corners of the globe will travel to Abergavenny to sit exams at the new facility, which is one of just a few private exam centres in Wales.

It aims to offer students a peaceful, stress-free environment and will also be opened up for private candidates and children in home education to use.

Mr Davies was impressed by what he saw and has been invited to give a presentation to the online school about Parliament.

He said: "I think InterHigh is an absolutely inspirational idea and the new exam centre is good for the area.

“More and more people are working from home now and there’s no reason why education can’t be done online, particularly for children who for many different reasons may be struggling in the mainstream. This is an absolutely inspired idea and I think we’ll be hearing a lot more about this.

“I give presentations to local schools on how Parliament works and I’ve been invited to give one at InterHigh, online. I’m a bit nervous about that because I’m not sure how that all works, but I’m looking forward to finding out more.

"It’s brilliant, absolutely great for the area and it was a pleasure to meet sporting legend Colin Jackson as well.”