A465 road closures will cause Gilwern chaos 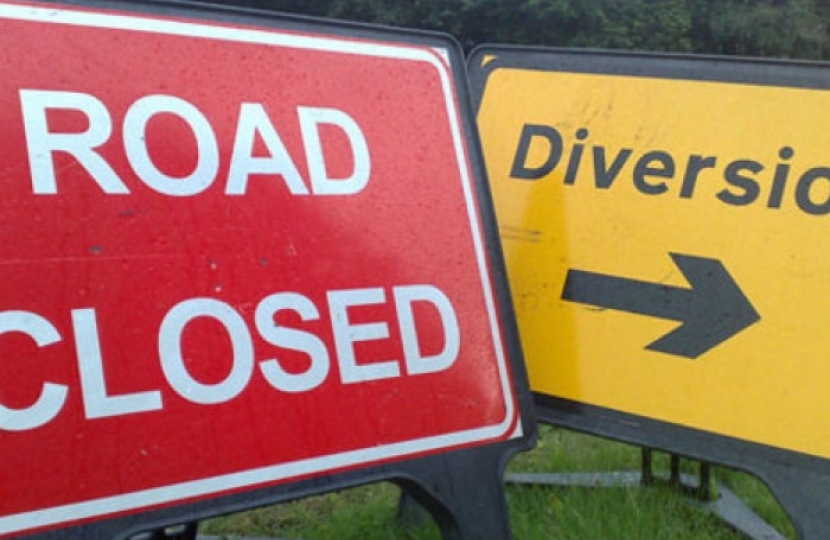 Monmouth MP David Davies and local Councillor Jane Pratt have spoken of their anger at the road closures happening in and around Gilwern over the weekend.

The A465 will be closed over the weekend between Gilwern and Brynmawr in order for construction works to take place. A diversion route has been planned to enable motorists to come off the dual carriageway and travel on a small parallel lane running through Maesgwartha. However, on Sunday the Tour of Wales Cycle Race is taking place and the organisers have obtained permission from the Welsh Government to close the diversion route for part of Sunday in order to enable cyclists to go through.

Councillor Jane Pratt has condemned the decision and said that it could lead to chaos over the weekend:

“Closing the A465 always causes inconvenience but at least residents have been offered an alternative. As a result of this cycle race, even the alternative is now going to be closed for a large part of Sunday. I am doing everything I can to get the authorities to reconsider but we have been given very little notice."

“I have sent an urgent email to Gwent Police and Ken Skates AM, Cabinet Secretary for Economy and Transport in the Welsh Government. This decision is obviously going to cause chaos and unnecessary confusion over the weekend unless something is done. It beggars belief that the Welsh Government gave permission for the closure of the A465 for one reason, and then closure for the official diversion route for another.

Either they are grossly incompetent and don't check the closure applications properly, or they simply don't care about how much inconvenience they cause to local people."