200 new homes for Chepstow - but the town's already full 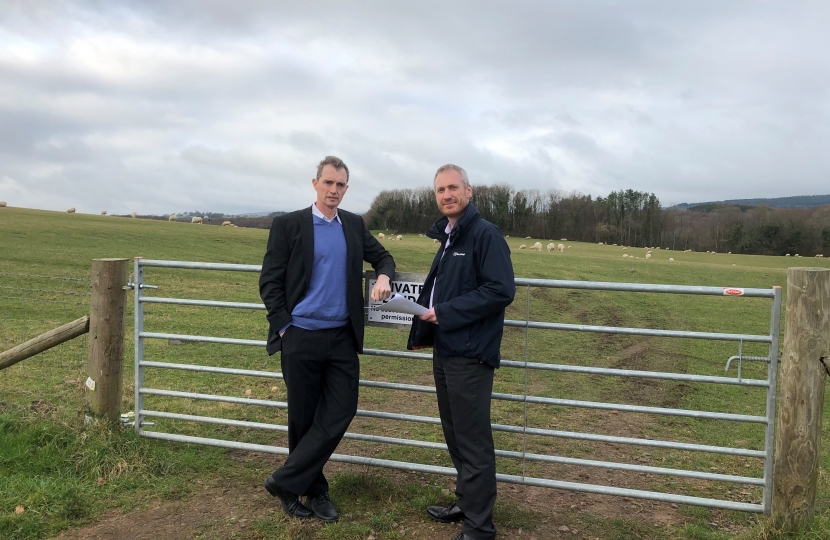 Concerns have been raised over plans to build 200 houses in a town which residents claim is already at “full capacity”.

Barratt Homes has submitted an outline planning application to develop a “sustainable new community” on the edge of an Area of Outstanding Natural Beauty (AONB) at the Bayfields in Chepstow.

The proposed site comprises three agricultural fields located between the AONB to one side and the ‘built form’ of Chepstow to the other.

With approval granted in 2017 by Monmouthshire County Council for the nearby development of up to 450 homes on the former Mabey Bridge site close to the town centre, coupled with hundreds more approved immediately across the border in south Gloucestershire, residents fear the latest plans will “cripple” Chepstow – one of the most polluted areas in Britain.

Air pollution in the town exceeds limits set by the World Health Organization and there have been long-standing calls for a Chepstow bypass to ease traffic congestion on the A48 at Hardwick Hill and A466 High Beech roundabout.

Shaun Hartley of the Bayfield Residents’ Association said: “It is clear that Chepstow has neither the resources nor the infrastructure to support the proposed Bayfields development, particularly in the context of the circa 1,000 houses already approved for development in the town.

“The local primary school, doctors and dentists are all at capacity and Chepstow is at breaking point with regard to traffic congestion. Yet this development, on the fringe of town, would encourage at least 200 extra cars onto the roads and will bring further pollution to a town that is on record as suffering from some of the most polluted air in Wales.

“No-one truly knows what impact the removal of the M4/M48 bridge tolls will have but as locals we are facing government-projected traffic growth of up to 60 per cent, a good portion of which will flow via Chepstow as it connects with Gloucestershire and the Wye Valley.”

Monmouth MP David Davies said there needed to be “careful consideration” of the impact on highway capacity and air quality – and said a way should be found for developers to contribute towards infrastructure investments.

“We certainly need to look at ways of getting more money out of developers to tackle these infrastructure challenges when large numbers of people move into a small town which is already full,” said Mr Davies.

“The Welsh Government is prevaricating over the need for a bypass around Chepstow which would solve some of the traffic and pollution problems but we cannot realistically see this happening for a number of years.

“I fully understand the need for new housing but would have thought it might be better to build on more sustainable brownfield land in the Severnside area between Newport and Chepstow with access to either the M4 or M48.”