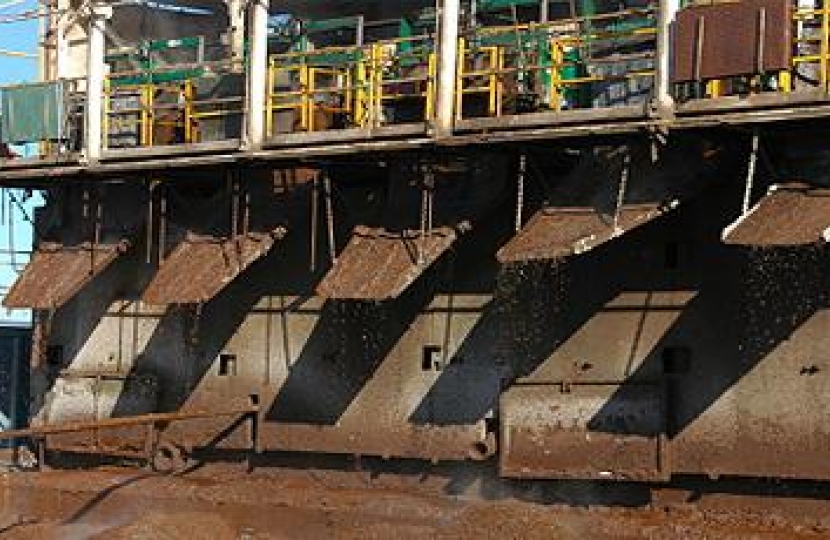 Having looked carefully into the arguments for and against hydraulic fracturing to extract shale gas in the UK, I decided to support fracking legislation in the Government’s Infrastructure Bill for the following reasons:

Many constituents who emailed me in the lead-up to yesterday’s final Commons debate (26th January 2015) expressed concern that fracking will cause earth tremors. The independent House of Commons Library has suggested that hundreds of minor earth tremors occur each year in the UK as a result of man-made activity. They are usually only possible to record on specialist instruments. Fracking will actually be less likely to cause tremors because of the requirement to check for seismicity before undertaking this process.

The standard campaign emails I have received give the impression that there will be a disruptive industrial process taking place a few feet beneath people’s homes. In actual fact, fracking takes place at a depth of many thousands of feet below the ground. It would consist of a narrow pipe running deep underground collecting up gas. If we can all accept that people do not own the ground underneath their property to the depth of the centre of the earth, then it is reasonable to ask at what point people do own their own land. Certainly it is likely to be set at a level far higher than that at which shale gas is collected. Allowing ownership rights of land to thousands of feet would make it difficult to carry out other projects, such as running or repairing pipes or cables.

3. Fracking is unpopular in the US

There are claims and counter claims about this. Certainly there are many in the US who welcome fracking in their area.

Shale gas has created thousands of jobs in the US and caused a huge fall in gas prices. I would be delighted to see these benefits in the UK.

I have had many emails from people who have been told that fracking will lead to earth tremors and industrial works under their feet. However, the reality is very different. Fracking takes place thousands of feet below the surface. It is not a new technique and has been used for decades to extract oil without problems. Fracking would only take place in the UK under incredibly strict conditions in order to safeguard the environment. I have personally received far more emails from people concerned about “energy poverty” and wanting their bills to be cheaper. I am listening and will support any measures to bring down the cost of energy bills - including exploiting shale gas.

At present, we are far too dependent on unstable parts of the world for our gas. Utilising our own supply would be good for our security.

If we wish to increase the percentage of energy we derive from wind turbines, we will need to build more gas powered generators. This is because electricity has to flow on and off the National Grid to meet immediate demand. Because the amount of electricity going onto the grid fluctuates, we need to have other forms of electricity generation which can be increased or decreased quickly to match demand. Gas is the best means of matching grid demand as electricity from gas generators can be increased or decreased far more quickly than from other sources, such as coal or nuclear.

The Welsh Affairs Committee, which I chair, published its own report into fracking which is available online here.

As a result, I spent many hours reading into the issue and hearing evidence from those in favour and against. I also organised a visit to a well head in the north of England and was struck by how inconsequential it looked. It was a small pump-like structure about waist height sticking out of the ground.

I will continue to read and listen to those who have fears about fracking, as well as to those who want cheaper energy bills. For myself, my mind is entirely made up and I will happily support the Government.

Anyone who is genuinely concerned but open minded may find this film on YouTube of interest.